Home » Two possible scenarios for the Dollar to unfold in the weeks to come – Month in Review: April 2022

Two possible scenarios for the Dollar to unfold in the weeks to come – Month in Review: April 2022

The US Dollar rallied across the board in April. The Dollar Index (DXY) surged nearly 5% in April with all other major currencies down significantly versus the greenback. The worst-hit was the Japanese Yen (-6.3%) thanks to the BoJ’s reconfirmation of its low-interest rate policy. The Swiss Franc (-5.2%) also failed to benefit from the rise in risk aversion. The Australian Dollar, which was the star performer a month earlier, fell by -5.4% in April on concerns over China’s lockdown. The best performer was the Canadian Dollar (-2.3%), which benefited from its proximity to the US.

In our view, there are two scenarios going forward. In the positive scenario, global growth recovers in the second half of the year. This view is based on the assumptions that: first, momentum and resilience coming out of the Corona pandemic are sufficiently strong to overcome the headwinds; second, China eases its lockdown policy and uses its fiscal and monetary resources to revive growth; third, reason prevails to avoid a dramatic escalation of the war in Ukraine and the conflict between Russia and the western allies. In this scenario, central banks should feel more comfortable focusing on their main task, namely containing inflation. As a result, we would expect the USD to weaken starting from the second half of the year.

During the month of April 2022, AENAON Syncro Strategies generated the following total returns net of fees:

​Across the spectrum of our benchmark indices, our strategies’ performance during April was moderately positive. As a comparison, the US S&P 500 equities index lost -8.8%, the Barclay Hedge Fund Index posted a -2.43% decline, the Barclay CTA Index added 2.62% while the other benchmark indices can be seen on the chart below. 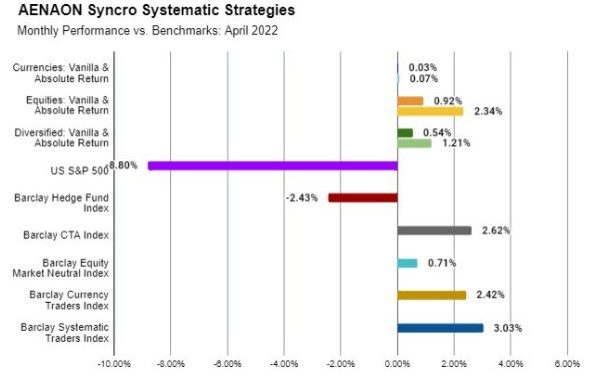 ​Charts 2, 3 and 4: Inception to Date Performance vs. Benchmark Indices 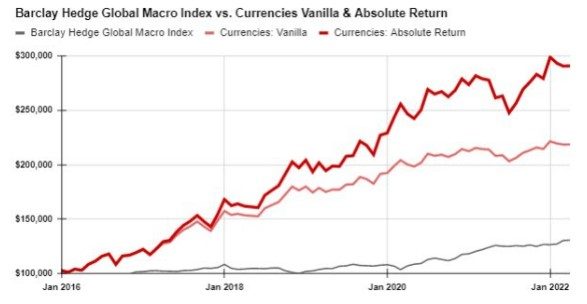 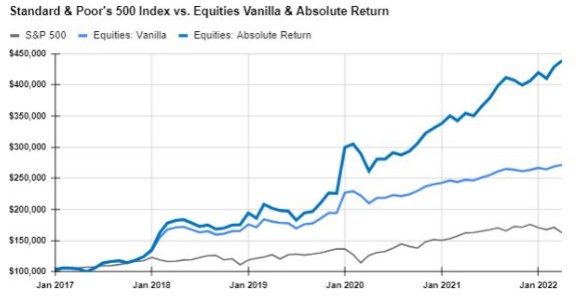 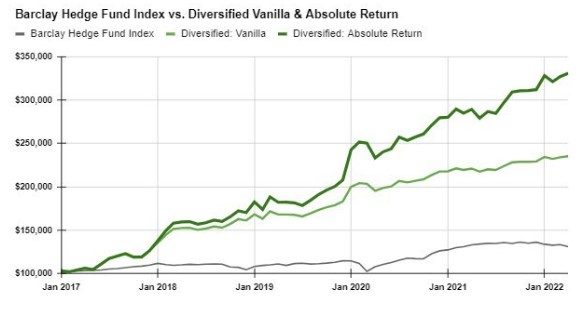 ​You can always review our updated factsheets at the following Fundpeak links, with monthly performance updates and statistics since inception:

The greenback started 2021 on a strong footing amid a prolonged state of uncertainty and continued f...

Macroeconomic Environment Review The economic activity across the developed world has reaccelerated...